This example shows how to set a callback function for UART communication to process the UART data.

A USB to TTL adapter is required for this example. Ensure that you have the driver installed and connect it to the Ameba board as shown. 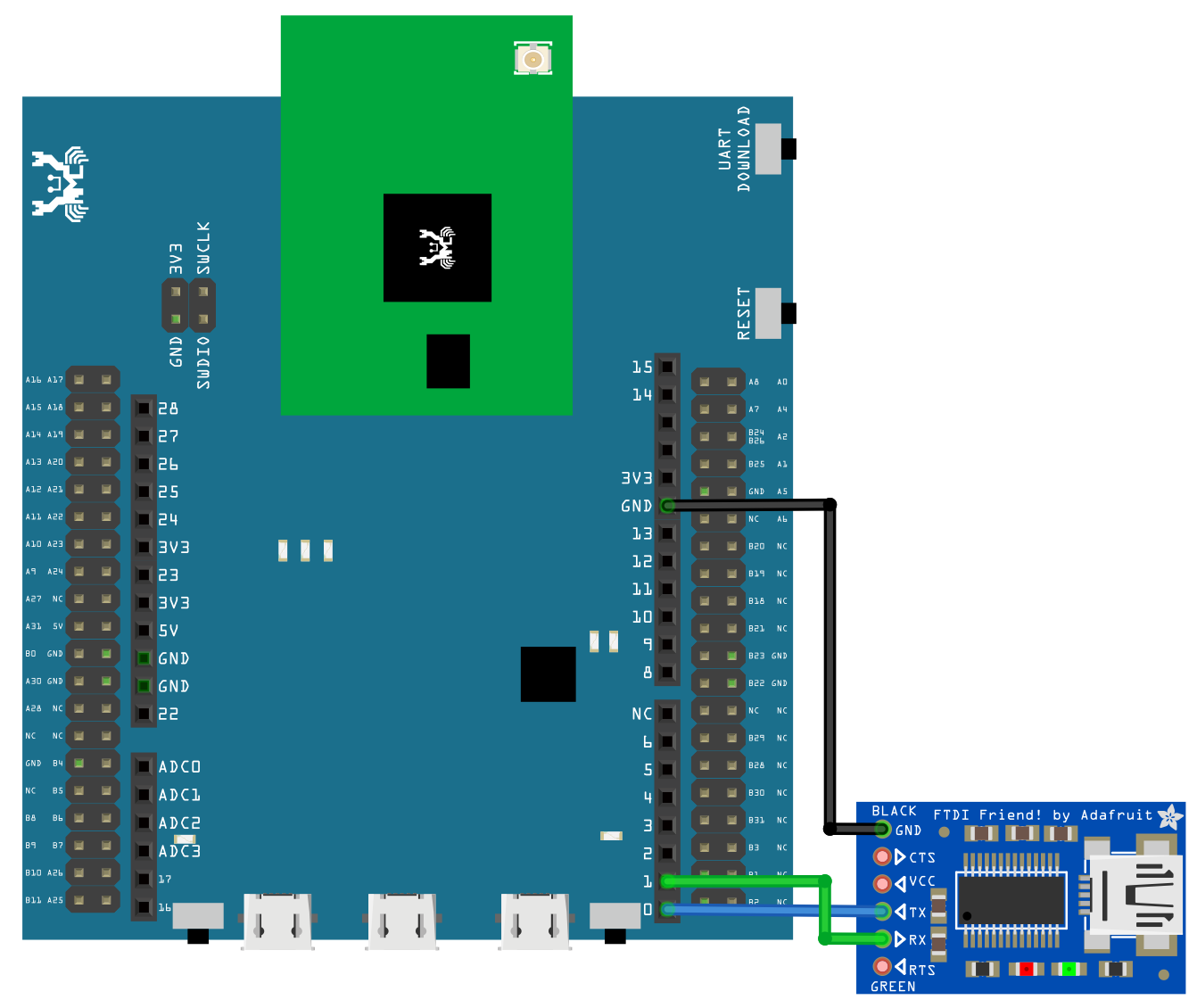 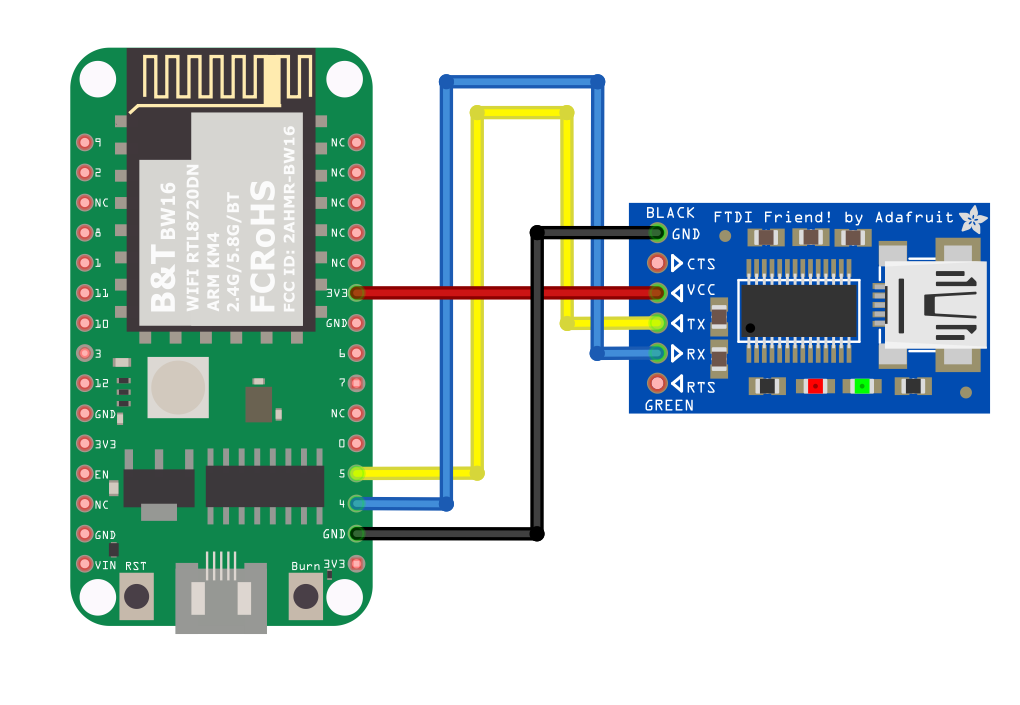 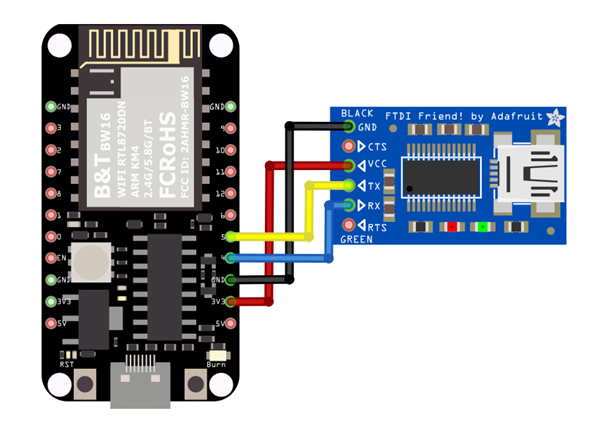 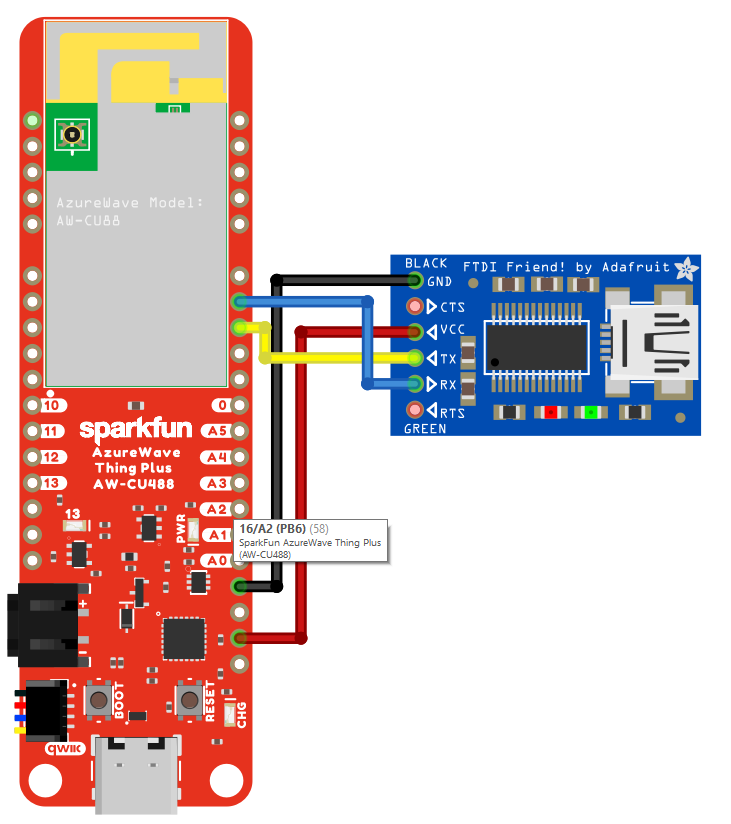 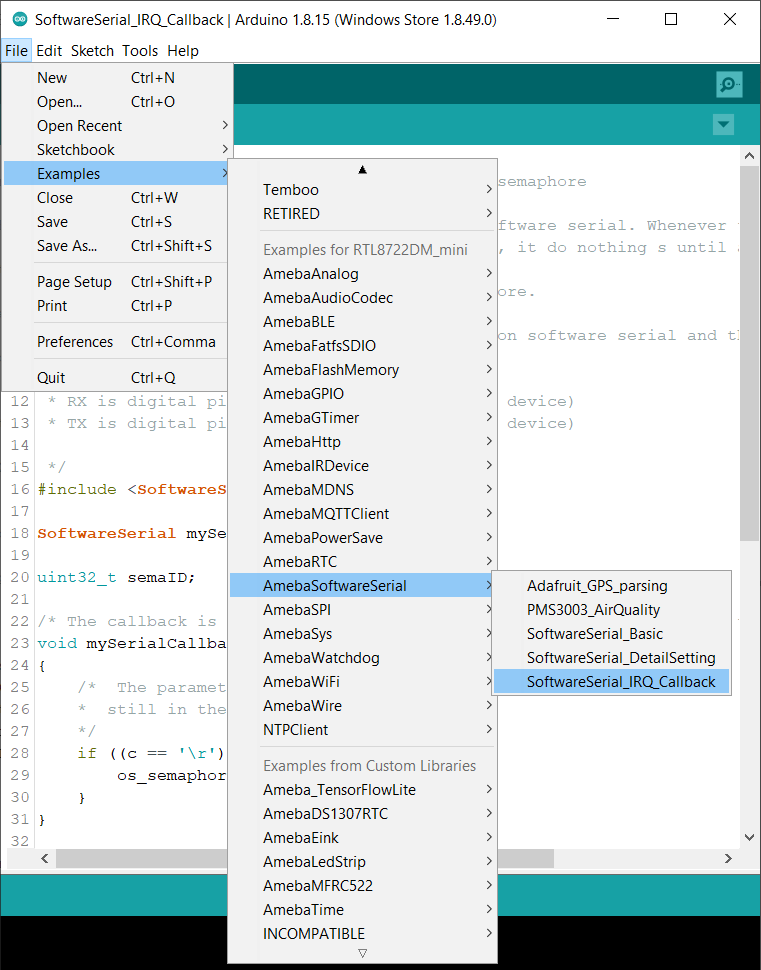 Upload the code and press the reset button on Ameba once the upload is finished.
Next, using a terminal program, such as TeraTerm or PuTTY, open a serial port and configure it according to the settings. Make sure the serial port number corresponds to the USB to TTL adapter. 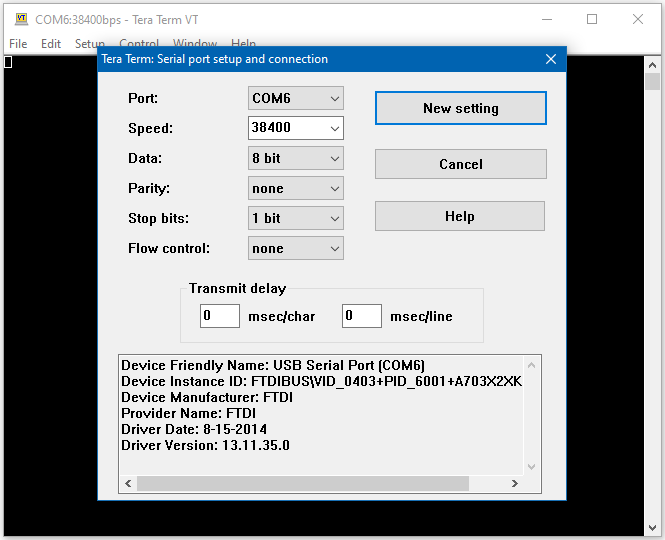 Once the serial port is open, type in the terminal and press the enter key, and you will see the corresponding output. 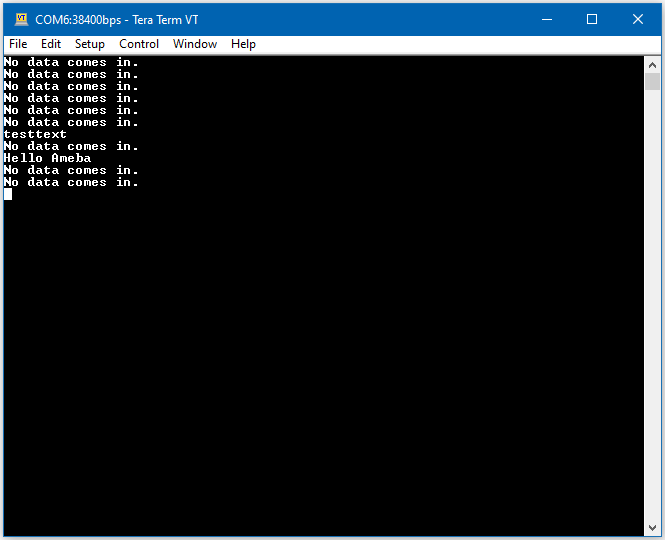