In this example, we use PWM to control the buzzer to emit sound with desired tone. As PWM outputs square wave, if we wish to emit tone C4 (frequency=262Hz), we have to make PWM to output square wave with wavelength 1/262 = 3.8ms:

We use PWM to output sound wave with different frequency, so as to play music by the buzzer.
Connect the buzzer to the PWM output pin shown in the following diagrams. 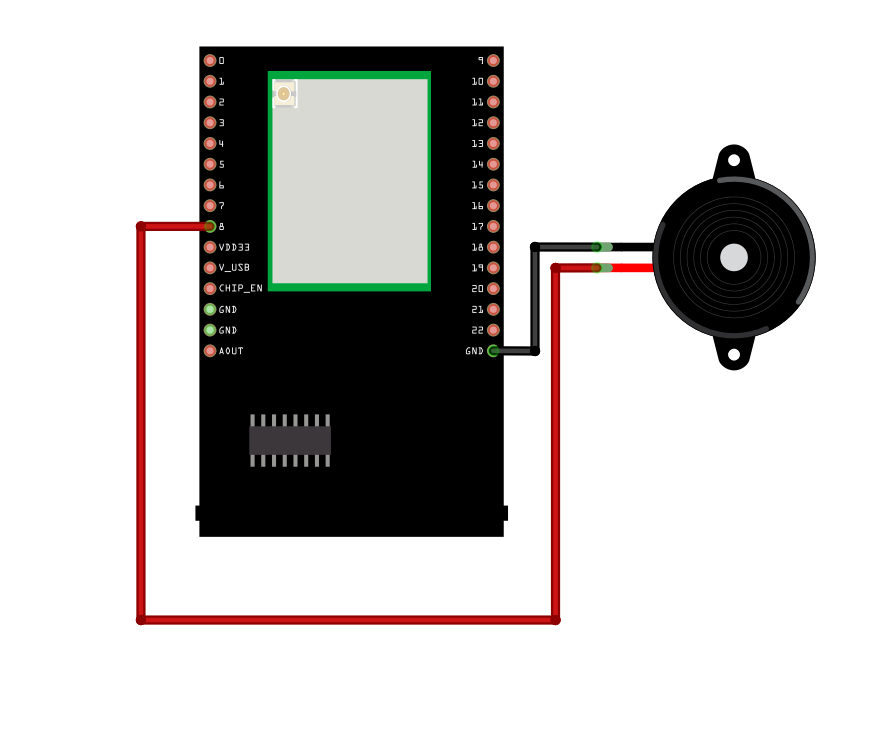 Open the example code in “Examples” -> “AmebaAnalog” -> “TonePlayMelody”
Compile and upload to Ameba, press the reset button. Then you can hear the buzzer playing music.

Ameba implement the tone() and noTone() API of Arduino:
https://www.arduino.cc/en/Reference/Tone
https://www.arduino.cc/en/Reference/NoTone
In the sample code, we initiate a melody array, which stores the tones to make. Another array, noteDurations, contains the length of each tone, 4 represents quarter note (equals to 3000ms/4 = 750ms, and plus an extra 30% time pause), 8 represents eighth note.