In this example, a fingerprint identification module is used to store fingerprints and identify them. This module uses SYNOCHIP AS606 chip, which can store up to 1000 sets of fingerprints. The libraries we need are:

For the way to install the library, please refer to the teaching article of the Arduino official website to add the zip file library to Ameba:

This module uses UART to communicate with AMEBA. In addition to VCC (3.3V) and GND, and using UART TX and RX lines, we turn the module to the back. The RTL8195 example wiring is as follows: 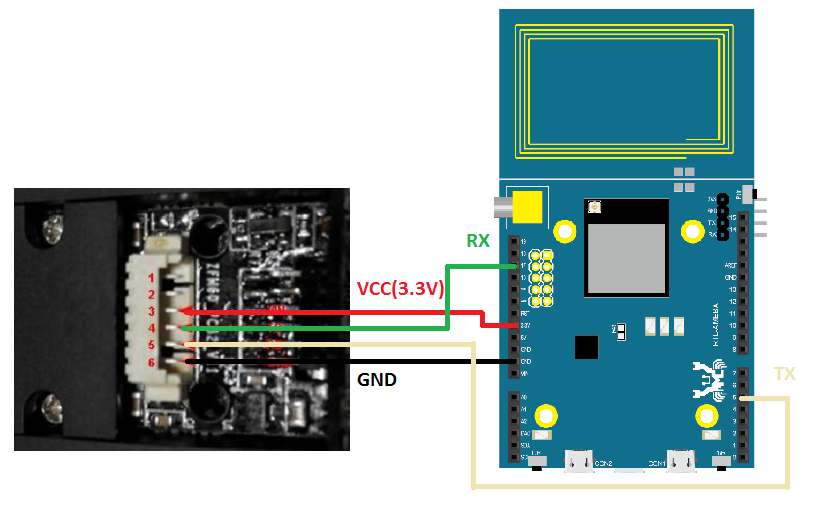 The RTL8710 example wiring is as follows: 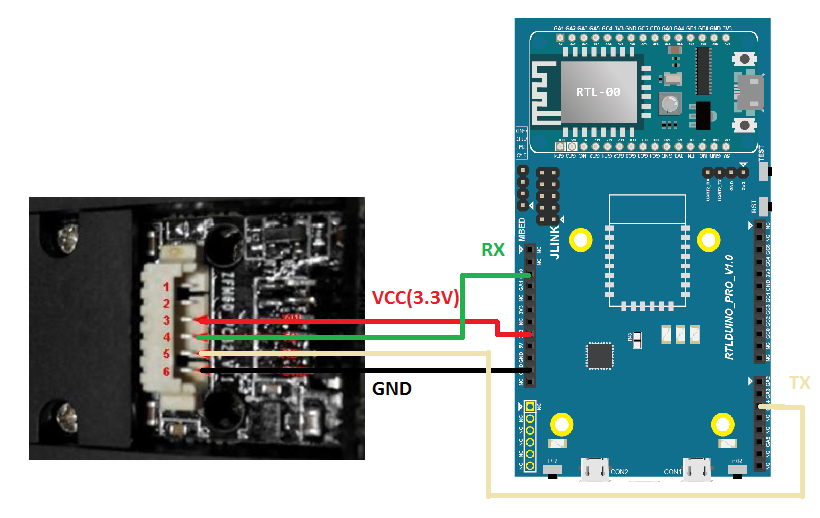 We open the example “File” -> “Examples” -> “AmebaFingerprint” -> “enroll”, compile and upload to Ameba and press the Reset button. At this point, open the terminal and you should see the fingerprint identification module message: 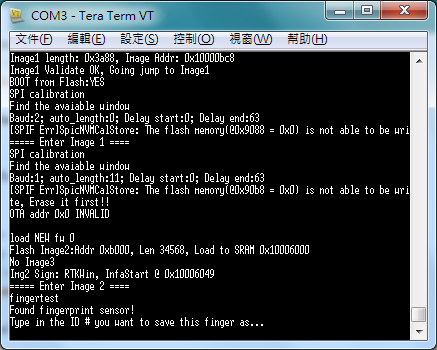 Then follow the message at the console prompt, we type a letter ‘a’ on the keyboard. 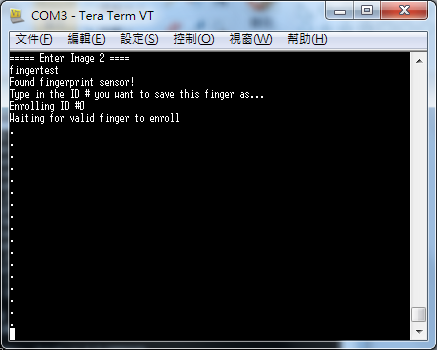 The console prints the “waiting for valid finger to enroll” message, and you can place your finger on the module window. 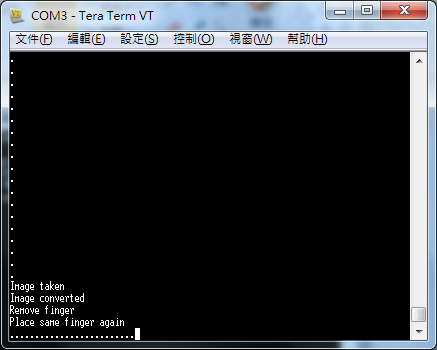 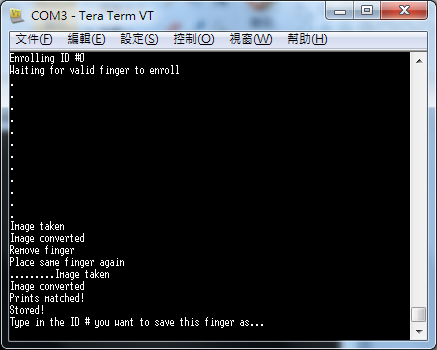 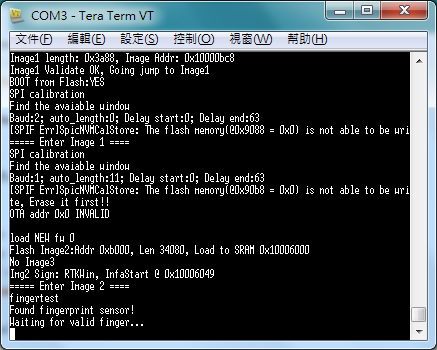 And the prompt is waiting for the verification fingerprint, at this time, place the same finger just sampled in the fingerprint recognition window. 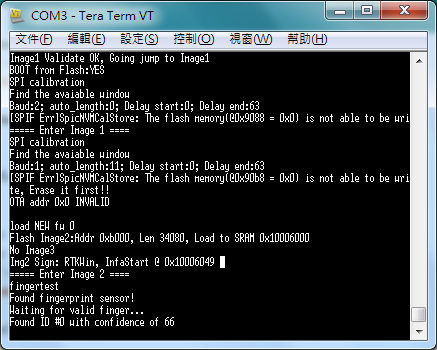 The Console will display the message “Found ID #x with confidence of xx”, which means the identification is successful.

Including setting the data rate of the sensor

The fingerprint identification process is divided into several parts, namely, sampling GenImg, image feature generation Img2Tz and image feature search fingerFastSearch.
The initialization process in setup() is the same as the initial program of enroll.ino. We go directly to loop():